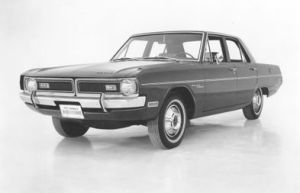 Scott came to the house to help Mom and Dad prepare their tax returns. Dad had all their documents ready.  Fifty years ago, Scott served as a young missionary in São Paulo, Brazil, for the Church of Jesus Christ of Latter-day Saints.  Dad and Mom presided over the mission for three years, becoming much beloved by the 200 missionaries.  And here was Scott, five decades later, their bonds of affection intact.  From my upstairs office, I could hear the tender tone of their conversation, their occasional laughter, and place names in that most beautiful language of Brazilian Portuguese: Piracicaba, Juiz de Fora, Itapoã, Rio Grande do Sul, Curitiba (some of their fields of labor).  They remembered fondly old friends like Helvécio and Saul Messias and Camargo.  After an hour, Scott drove away in his black BMW sedan.  “That big BMW was part of Scott’s required profile at Price Waterhouse Coopers,” Dad explained.  “Now he teaches at the University.  It was very nice of him to come see us.”  Dad has spoken to me many times about his own “profile” as both an international corporate attorney for Johnson & Johnson, wearing the compulsory navy-blue pinstripe suit, one identical suit for each day of the week, while also being a lay minister for the Church in New Jersey.  As part of his ministry, he visited many people in poverty, and he decided his car should be as humble as theirs.  He drove to work and to church and on family vacations in a 1970 Dodge Dart, in which I learned to drive, with “three on the tree,” meaning a three-gear manual transmission with the shifting lever on the steering column.  That clutch was touchy and stiff, you can take my word for it.  But I mastered that clutch, and did not roll back on the hill into the shiny new black Trans Am with red racing flames.  Later in his career, Dad upgraded to an Oldsmobile 98 (hardly a luxury Lincoln or Cadillac), which he drove one evening to the projects in New Brunswick to visit a fraught Church member.  Upon leaving the squalid high rise, he found a gang surrounding his Olds, the gang leader sitting on the hood.  “Hello,” Dad said pleasantly.  “Can I help you?”  The gang leader sauntered over, opened Dad’s suit, and removed his wallet from the lapel pocket.  “Thank you very much,” he sneered and swaggered away.  Dad spoke up: “I am a minister.  I have just been visiting Sister Morales, who is a member of my Church and my flock.  She needs help, and I was seeing what I could do for her and her children.”  The gang leader turned, handed back the wallet, and said to Dad, “Have a nice day, Minister.  Thanks for coming.”