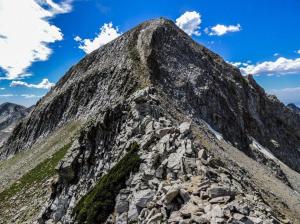 The Indian Food Fair sounded fun: the food (coconut chicken shahi korma is my favorite), the pulsing weaving music, the dance and gold-threaded dress, the lilting languages I do not know.  I called Hannah to see if she might like to attend the fair with me.  But she would be summiting, she explained, Utah’s Little Matterhorn (also Pfeifferhorn) on the same day with her mother and three brothers.  Dad and I summitted this peak 25 years ago, thrilled to see moose munching on willows by the creek, exhilarated by the perfume of pine and fir on the cool mountain air, charmed by the tinkling rivulet, and finally reaching the boulder-strewn summit to be awed by the Salt Lake valley views.  I felt that familiar nostalgic pang of loss at no longer being part of the equation, the sting of not being invited, even though my damaged feet would not have allowed me to join for the neuromas and surgeries and scars.  I thought of them this morning, wondering where they were on the trail, if they had seen any moose, whether the air smelled of the pine and fir, if their thighs were burning beyond toleration, and hoping their boulder hopping on the fractured ridge line would be safe.  I thought of them looking out over the Salt Lake valley from 11,586 feet, looking down on Salt Lake City, on Liberty Park, on the Indian Food Fair, on me sitting on a park bench eating my tikka masala in the shade.  I thought again how it is my lot and my opportunity, both, to chart a new course, even if alone, to follow different paths to different peaks.  I had invited a new friend to meet me at the park to eat Indian food, and we walked, and we talked, and we swayed to rhythmic melodies, and we enjoyed sitting on our park bench and savoring our tandoor and basmati, and we glanced at each other and wondered at each other’s thoughts and at our futures, and I pondered how paths unexpectedly converge, and split, and find each other again, to wander off. 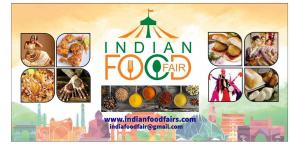 (Image above of the Little Matterhorn’s fractured boulder ridgeline and summit, from Wasatch Magazine, used under the Fair Use Doctrine.)