My assistant city attorneys and I have prosecuted domestic violence perpetrators for 24 years.  I have come to loathe the mentality that allows a perpetrator to use violence to maintain power and control in an intimate relationship.  The very person the perpetrator should love with tenderness he beats into submission.  A cherished friend recently confided in me that her estranged husband had clobbered her in the face with a work boot he was holding, breaking her nose.  As painful as was the injury to her face, the deeper injury was to her spirit and her mind.  That strike caused her eyes to swell and blacken, but at the same time opened her eyes wide to who and what he was, and to what a future with him would bring.  I wrote this poem to honor my friend’s courage to see the truth and to seek a place of safety for herself and her children.  I dedicate this poem to all victims of domestic violence, those who survive and thrive, and those who have not yet broken free.  God bless.

You bashed my face
with your boot,
steel-toed,
to show me
who you are:
tough, in control,
powerful.

You broke my nose
with your heel.

Our lambs watched, and
wept.

I am bleeding now,
swollen, my face
red and sore.

Yes, you showed me
the man you are.

But I say
to your face:
You missed!

Bereft I may be, but
I am not destroyed!
Because
you beat me,
you bruised me,
you cut me,
but you missed
my heart
my mind
my dreams
my soul
my will.

Yes,
you showed me. 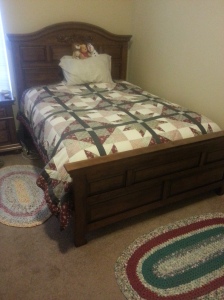 I have just learned that another friend–a lovely, talented woman–has suffered decades of control and disdain from her husband.  Is it simply human nature to be boorish?  I don’t buy it. Life need not be such a slog.  Every man, woman, and child on this planet can learn to be more kind and caring, more loving and forgiving, more outward viewing.  Sure, it takes a little effort, a little discipline.  The ultimate means of assuring our own success is to contribute to the success of those around us, not to tear them down.  What will I (and you) do today to build another up? What connection do you see between this note and my poem “Grooves” below?

Our two lives
have worn two grooves
in our sagging mattress,
two trenches
where we have lain
side by side
through the battles.
I would that there were
no grooves at all,
or only one.
So much that
a new, level mattress
could not erase or replace.
As moonbeams glow
on the frozen snow,
I lay and listen
to the woman
in the sunken space
next to mine. 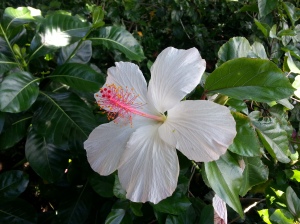 How does one write a poem about domestic violence without slipping into shallow prose, or, more importantly, without trivializing a horrifying trauma.  As a municipal attorney, I have helped hold DV perpetrators accountable for 23 years.  I have spoken with the women, seen their fear, heard their terror.  I have seen the photographs of bruises, heard the sobbing screams in 911 recordings, and watched the abused tremble on the witness stand.  I have watched the “bad guys” smirk and win acquittals from ignorant or misogynist juries.  How I admire the courage victims have to become survivors, to stand tall and to say “Never again!”  I wrote this poem for victims of domestic violence, though the poem is by no means a celebration or victory song.  The poem attempts to express both the horror and the hope of someone caught, for now, in the twisted power and control dynamics of domestic violence.  To all of them, I say: have courage; have hope.

blue—royal
blue—navy
purple almost to black
witness
Van Gogh starry nights:
beautiful
but
not here
where pale skin
should be

would you plied
with greens and yellows,
orange and sky-blue

pinpoint pupils
in a Saint-Rémy sky

John (13) in the chair of a federal judge, District of Utah.

This comic play takes place in the context of an incident of domestic violence.  Make no mistake, there is nothing funny about domestic violence.  I have been involved in domestic violence prosecution for over 20 years.  I have trained prosecutors and victim advocates on a local, state, and national level.  I take domestic violence very seriously.  In Scene 6, it’s time for the defendant to take the stand.  Remember that this play is the story of a real trial, with a twist of ridiculous.  But I always remember the suffering of real people working to survive violent relationships.  With that said, I hope you enjoy this scene of Chocolate.

JUDGE STONE. (astonished at Mr. Butcher’s outburst; inclined to sustain the objections, but intensely curious about Tubby’s testimony) Well, Mr. Sullivan, you have to admit, the testimony does seem to push the relevancy envelope a bit, wouldn’t you say?

MR. SULLIVAN. (conceding with a shrug of his shoulders) Very well, Mayam. No further questions for my friend, Tubby, here. The next witness is Mr. Bull, himself. (pause) Mr. Bull, how long have you been married?

MR. SULLIVAN. “Sir” will do nicely, thank you. And do you love your wife, Mr. Bull?

MR. BULL. (with a confident, broad smile) Oh yes, sir, with all of my big heart.

MR. SULLIVAN. Could you ever even consider pointing a gun at your wife?

MR. SULLIVAN. Then can you tell us, why did you have a gun when you were arguing with your wife on the fateful night of July 7th.

MR. BUTCHER. (whining) Your Honor, I really must object most strenuously to the repeated mention of the lewd chocolate incident.

JUDGE STONE. (annoyed) Zip it, Butcher. I want to hear the rest of the story. Go on, Buller, er, Bull, Mr. Bull.

MR. BULL. Sure, thing, Mayam Judge. (animated) So we started to argue. Then she called me a “horse’s ass.” Me. She called me an “ass” when she was going to have chocolate poured all over her, and who k-n-o-w-s what else, maybe colored sprinkles, or a cherry in her bellybutton. (Mr. Butcher is writhing in his effort to restrain a string of frantic objections. Judge Stone suppresses a laugh.) At that very moment I decided I was leaving this place–outa’ here–hasta lego. So I grabbed my gun from the closet so my wife wouldn’t come after me with it. She was still screaming at me when I turned around to leave–that’s why the Butcher here thinks I was pointing it at her. And then the gun went off by accident. I almost shot my own nose off. Geez, would that have been embarrassing. So I left the house, thinking I’d sleep on the deck. I was so mad that when I went to step up to the deck I kicked it instead, hit my head on the railing post—man, did that hurt!—and fell to the ground dazed. Geez, how embarrassing! When I came to my senses and noticed that I was on the ground, I said to myself, I said, I think I’ll just crawl under this deck right here and rest in peace for a while. Next thing I know the police is dragging me out, throwing me against the house, calling me a “wuss” for shooting at my wife, blinding me with their flashlights, and playing tug of war with my arms as they hauled me off to their car. That’s it.

MR. SULLIVAN. (smug) Thank you, Mr. Bull. The witness is yours, Butcher.

MR. BUTCHER. (subdued, but astonished at the defendant’s story) You’ve got to be kidding me, Mr. Bull.

MR. SULLIVAN. (mocking) Is that a question, Butcher, or are you just philosophizing about the lack of merits of your frivolous case?

MR. BUTCHER. (unphased and incredulous) Mr. Bull, are you telling this Court that when you decided to leave all you could think of to take was a loaded gun?

MR. BUTCHER. And are you telling this Court that when you decided to leave the only place you could think of to stay was on the deck?

MR. BUTCHER. And you really expect this Court to believe that you tripped on the step, knocking yourself to the ground, and then decided that underneath the deck would be a good place to take a nap?

MR. BULL. (trying with limited successes to maintain composure) Yes, sir, I do, because it’s the truth, the whole truth, and nothing but the truth!

MR. BUTCHER. (with contempt) No further questions of this . . . witness.

JUDGE STONE. (impatient) Mr. Sullivan, are you going to prolong this protracted proceeding with another witness, or can we finish.

MR. SULLIVAN. Just one more witness, Mayam, an important one. And she won’t take long.

[Only two more scenes to go.  Come back soon.]