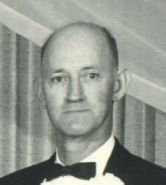 I sat on the edge of Mom’s bed. She was 35 years old.  And I was 10.  A single tear coursed slowly down her cheek as she confided to me in that quiet private place that her father had died.  My grandfather Wallace.  We had lived with Wallace and Dorothy a scant two years earlier, where I started 3rd grade while we waited three months for our lagging visas.  Dad had been “called” by our church to “serve” as a “mission president” in Brazil.  Translation: Mom and Dad had been invited to work on a volunteer basis leading a group of younger volunteer proselyting missionaries sharing the Gospel of Jesus, as representatives of the Church of Jesus Christ of Latter-day Saints.  Dad took a three-year leave of absence from a generous Johnson and Johnson, and Mom and Dad and three young children, including me, made the long voyage to São Paulo, Brazil.  It was October 1972.  We left behind the tear-stained face of grandpa Wallace, locked in mortal battle with non-Hodgkin lymphoma.  Dorothy had tried every healing remedy she heard of, including a grape juice diet—after two weeks, her sick husband threw the offered juice across the kitchen in disgust.  Wallace fought hard to stay alive until Mom returned home to Utah, and he almost made it.  He passed away in April 1975, and we returned in July.  Mom did not travel to the funeral, deciding instead to dedicate herself to the mission and to her young family, which then included a new baby.  As I sat on the edge of Mom’s bed and watched the lone tear drip down her face, I felt the peaceful warm elixir of great sadness mixed with great hope, the sadness of love and loss, and the hope of healing in Jesus and the promised reunion of resurrection.  During his 62 years, Wally (as his friends called him) had organized the construction of church buildings by church members, had led a congregation of thousands as a lay minister, had driven a milk truck and school bus and hay wagon, had picked tomatoes and peas and sugar beets for church welfare storehouses, had been “daddy” to my mommy.  Though I last saw his face when I was eight years old, I do not remember his tears of knowing good-bye, but rather his gentle playfulness, his chicken coops and carrot rows and hand-pumped well, and his scruffy smile at me upon his lap.

Pictured above: my grandpa Wally in 1962. 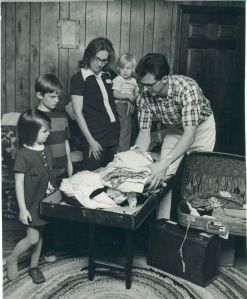 My family preparing to leave for Brazil in 1972. 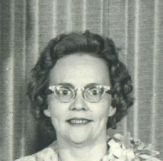