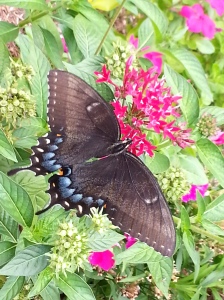 –People who destroy are people who have not created.–

Rabbit Lane is a peaceful place.  The water trickling through Watercress in the deep ditch, the exotic purple and yellow blossoms of the Bitter Nightshade vines, the gently waving and rustling fields of ripe oats, the deep green of the ripe alfalfa.  The solitude.  After a few minutes on Rabbit Lane, all of this works together to settle my turbulent mind.  Usually.

On occasion, though, troubling memories from a piquant past press themselves upon the serenity of the present.  Images of a mother and her three children sometimes appear, without apparent cause, from many years earlier.  I have tried to forget these images, but cannot.  I also cannot forget how a guilty man got away with murder.

I was a new lawyer working as a law clerk for the Salt Lake County District Attorney’s Office when I learned about the Kastanis murders.  Kastanis had murdered (allegedly) his wife and three children.  Morgan, the prosecutor, was determined to put him behind bars for the rest of his life.  Morgan invited me to help him with the prosecution.  He became my mentor and friend.  I was thrilled to work on a case worthy of any 30-year career, and my career was only days old.  My blood surged with the excitement of the opportunity.

I learned quickly that the word spatter is defined as “to spurt forth in scattered drops.”  In the field of crime scene investigation, blood spatter analysis is the art and science of reconstructing a brutal series of events by reading the patterns of blood spattered onto walls and doors and carpets.  Blood spatter paints a picture of violent trauma.  From the number and size of spatters, an astute and experienced investigator can determine the severity and location of a wound.  From the shape of the spattered droplets, the trained detective can determine whether a victim was stationary when stabbed, or running for her life.  Multiple areas of spatter can actually be read, as if they formed words and phrases from a dying victim, silently telling the story of an occasion that had been anything but silent.

To cipher the blood spatter code in the Kastanis house, the County had brought in an expert from California, a retired veteran homicide detective who had acquired a wealth of knowledge on the subject of blood spatter.  The expert’s conclusions were to be portrayed graphically in a computer-generated video.  If admitted into evidence, it would be the first time in Utah’s history that a computer-generated video would be used to portray the prosecution’s interpretation of the crime.

Morgan had the detectives give me boxes full of photographs.  Like most movie-hungry Americans, I had seen my share of action movies.  I had stayed away from the horror shows, but had seen the occasional Rambo or Commando, people flying about riddled with machine gun blasts.  But nothing had prepared me for what I saw in those photographs.  There were hundreds of them, separated into two groups.  Group one: crime scene.  Group two: medical examiner’s lab.

The video’s computer graphics were quite rudimentary.  These were pre-Toy Story days of the early 1990s.  Partly to keep from sickening and offending the jury, and partly because the computer graphics experts just weren’t that expert, the computer representations of the murdered mother, daughters, and son were green, boxy, stiff-moving forms that resembled humans but could have equally been any upright hominids on the homo sapiens ancestral family tree, or even humanoid aliens.  The bodies had a basic human form, but were sexless and had no sensory organs (eyes, ears, nose, mouth).  The green forms moved slowly and robotically through the halls and rooms of the house, with the larger form of the father following.

Sitting with the computer graphics team, I watched as the father, in slow motion, followed each of his four victims, stabbing them as he went, to their final destinations in a bathroom and two bedrooms, where he alternately bludgeoned their heads with a hammer and cut their throats with a hunting knife.

Having been introduced to the video, I now watched it again, and again, charting in detail the number, location, depth, and angle of each strike.  Carefully cataloguing them, I now turned to the photographs to verify that the video was accurate.  The blood spatter expert had determined the location of each person when the various wounds were inflicted.  But it was my job to check the details.  The crime scene photographs of the bodies where they were found were shocking and gruesome, but they were not particularly helpful to my task, other than to make sure the video showed each body as it was found, e.g., curled around a toilet fixture, prone on a bed, crumpled on the carpet.

What I really needed to do the job was the autopsy photographs, correlated with the autopsy report.  One by one, I studied hundreds of photographs showing the washed, naked bodies of each of the four victims: a mother and her three children.  I noted on my chart each knife and hammer wound, to make sure they corresponded with the wounds depicted on the video.  The hammer wounds, of course, could be seen best from inside the skull, for the hammer had crushed the skull and pushed it inwards, bruising the brain.  Thus I discovered the Y-cut, in which the medical examiner makes an incision from the base of the neck, with two widening incisions across the skull, enabling him to pull back the skull to examine it, and the brain, from the inside.

I tried to be businesslike as I dutifully performed my work.  I tried to put my emotions aside.  It was important to me that I do my job, and do it not just well, but perfectly.  A man’s life was on the line, for a conviction could bring the death penalty.  I must not believe that the father had murdered his wife and children based on my feelings about the brutal manner in which they were killed.  Doing that, I would fall prey to the very trap the courts seek to avoid by not allowing overly gruesome photos to be shown to the jury.  So, I had become a sort of gatekeeper.  All the gory photos had to pass through me, and to stop with me, to present a version of the evidence that would spare the jury the horror of what I was seeing.  But I got the video right.  Twenty years later, I can still see their clean, white faces, their chests and arms and stomachs, their legs and feet, and their brains.

In the end, it didn’t matter.  The jury acquitted Kastanis of the murders of his wife and three children.  He won.  Kastanis escaped earthly accountability.  But I know the truth as no one else does: I got the video right.

4 thoughts on “Chapter 28: Away with Murder”