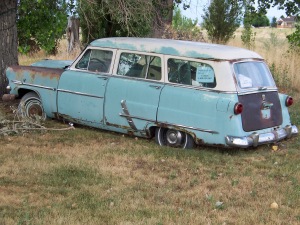 –The Milkweed will push through to grow tall, fragrant, and beautiful, to call the Monarch.–

The disc cushioning my lumbar 4 and 5 vertebrae has been bulging capriciously since I was 12 years old.  It was then that I experienced my first unexpected spine-twisting spasms that paralyzed me sitting in my church pew.  A bulging disc means a frequently aching back, with locked joints and tense muscles.  The pain is always different depending on which way the disc is bulging and, more importantly, which area of the spinal nerves the disc is irritating.  While it becomes difficult and painful to bend, I somehow always manage to dry my feet after a shower, to shimmy on my socks, to tie my shoes, and to drive to work, even if I do have to lie occasionally on the floor during the mayor’s staff meeting.

One morning, every forward step with my right foot triggered stabbing back and leg pain, and my bowels and back burned intensely with each deep breath.  Slowly, as I walked, the tightness began to ease and I could walk and breathe more comfortably.  Despite the pain, I was still able to enjoy the early morning peace of my surroundings on Rabbit Lane.

Limping slightly, I noticed a car turn onto the dirt road, its headlights glaring in the dawn.  As the car approached, I began to emphasize my limp, just in case the driver was, coincidentally . . . and it was.  Though I had never seen him on Rabbit Lane before, now I saw my chiropractor, Glenn, driving slowly by, taking his son to high school.  Recognizing me, he grinned his hello and waved.  I made sure my face showed the pain I was in as I grimaced and waved back.

I had just seen Glenn the day before, in some desperation, and was seeing him again the following day.  I didn’t want him to think that I was moaning on his table one day and doing triathlons the next.  Not that I was doing a triathlon, or could have done a triathlon.  My back did hurt, I rationalized, and part of the limp was genuine.

At about three-quarters of a mile long, Rabbit Lane can be driven in just 90 seconds, at an undisclosed speed.  At this speed, however, the driver risks flattened tires, broken axels, wheel dis-alignments, and cracked teeth, not to mention missing every virtue revealed only at much slower speeds.  I have found a slow walk to be the best speed for traveling Rabbit Lane.

The grains of sand in my shoe irritate me terribly as I walk on Rabbit Lane.  I feel annoyed at having to stop, sit down on the dirt, take off my boot and sock, clean each thoroughly, then put them back on to resume walking.  Sometimes I decide to resist my normal compulsion to remove all discomfort, all distraction, and to learn to go on in spite of the pebble.  Rarely, I begin not to notice the irritation, or am able to diminish its importance, to keep the tiny grain in perspective.  After all, it is not crippling me, or even paining me, just annoying me.  It may be too obvious to point out, but life is full of events and notions that distract me from who I really am or want to be, from where I really want to go and what I really want to do.  Many of these are merely annoying; some are quite painful.  So, it is up to me to decide what kind of pearl will my life make of me.  Will I be flaky, fractured, lumpy, or stained?  Or will I be whole, having learned to live with my annoyances and disappointments and pains?  It is comforting to me that we can all become pearls, and more so that God is no respecter of pearls, valuing each alike.

At the edges of Rabbit Lane, budding, volcano-like peaks pock the hard-packed clay and gravel.  Emerging from the peaks are tiny slivers of green from seedling weeds that push persistently up to reach the light.  Though the sprouts are tender and soft, still they possess the power to slowly displace the infinitely harder compacted earthen road.

One summer day I awoke to the noise of a heavy diesel engine belching over its labors near Rabbit Lane.  Driving past the lane on my way to work, I saw a giant, rusty grader scraping away stands of flowering Milkweed and Sunflower, white-topped Parsnip, and Willow bushes that thrive along the edge of the road above the irrigation ditch.  They have formed a green and living border at the edge of the water as it trickles through the Watercress.  On my way home from work later that day I saw that new dirt and gravel had been brought in and steamrolled to fill the ruts and potholes.  Tons of gravel have been shaped to form a bermed bank above the ditch, replacing the vegetation.

As much as the potholes were a nuisance to drivers, my children have loved riding their bicycles into the holes and popping wheelies on the other side.  As a walker, I had come to enjoy the puddles, thinking of them as eyes in the earth looking toward the heavens, reflecting the blue skies of day and the starry skies of night.  To me the road has seemed somehow alive, with pulse and personality.  Now the road is blind, filled in and covered over.  After maturing for many years, it has again become a mere thing to be used, trodden upon, driven over, instead of part of the history and landscape, instead of a companion to the farms and fields, to the flowing water and waving trees, to the Milkweed blossoms and Sunflowers.  Perhaps I am selfish in wanting the road to remain as it was for my pedestrian purposes in the face of the need for a more utilitarian street for cars and trucks.  But whether I walk on the road or not, its nature has changed, its character covered over, its memory dimmed.

I knew, then more than ever, that someday Rabbit Lane would be paved over with a steaming strip of burning black asphalt.  I knew that I would lament that day and would see the glistening blackness as a shroud upon the once living road.  It is only a matter of time.  The ditch will be dredged and piped, the long line of trees removed, and a full road paved and striped.  The Muskrats will expire in their collapsed burrows.  The owls will fly away and not return.  The Mallards will find wilder wetlands.  The haunting echo of the Snipe’s winged acrobatics will no longer float over the ground-creeping fog at twilight.  The farms and fields will be carved into five-acre mega slices of the American dream that brokers market cleverly as ranchettes.  Mostly they will be five-acre weed patches.